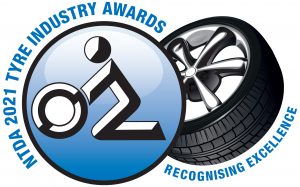 Michelin Tyre PLC, which has already committed to switching to 100% renewable, recycled and bio-based materials for its tyres by 2050, is to sponsor the inaugural Responsible Recycler Scheme (RRS) Member of the Year Award.

The NTDA’s Chief Executive Stefan Hay said: “Adding this new category to the NTDA’s suite of Tyre Industry Awards is natural progression in what is becoming an increasingly closer relationship between the NTDA and its sister body the TRA. This award will see the NTDA recognising an outstanding member of the RRS scheme, that has risen above the level playing field and is demonstrating ‘star quality’. Having Michelin, which has already made a resolute decision to reduce the environmental impact of its tyres as the official sponsor is, therefore, fantastic.”

The TRA represents the UK’s tyre recovery sector, which processes over 40 million used tyres every year. A key role is to represent and promote good practice within the tyre recovery sector and to provide an externally audited, legally compliant, tyre collection and recovery service which provides protection and peace of mind for all those who generate waste tyres across the UK, including NTDA tyre distributors.

TRA Secretary General Peter Taylor commented: ‘’As an industry, UK tyre recycling has come a long way over the past two decades. Unusual amongst our European neighbours we adopted a more market-based approach which in turn put an onus on all of us in the tyre industry to support the development of credible standards of best practice which the TRA is delighted to see recognised by this award’’.

Michelin makes re-treaded truck tyres at its plant in Stoke-on-Trent demonstrating yet another major commitment to reducing its impact on the environment.

Chris Smith, Managing Director of Michelin UK, said: “The Michelin Group is constantly working on cutting emissions and helping the motorist and fleet operator do the same. End of life actions are also critical, which is why we are extremely happy to recognise companies that have really embraced the Responsible Recycler Scheme at the NTDA Tyre Industry Awards.”

The award is scheduled to be presented at the Tyre Industry Awards ceremony held during the NTDA Annual Dinner due to take place on Thursday 7th October 2021 at the ICC Birmingham. Responsible Recycling Scheme members can request the awards brochure and the electronic modifiable application form from the NTDA via E: info@ntda.co.uk or T: 01296 482128.

The closing date for entries is Friday 16th July 2021, entries arriving after that date will not be considered.

Don’t be a victim The TRA’s warning to landowners