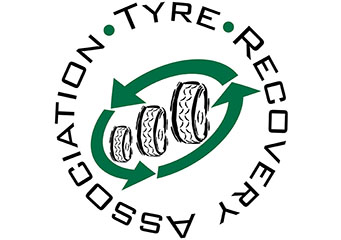 The Tyre Recovery Association (TRA) has raised grave concerns that over 1000 jobs will be lost if the Environment Agency’s (EA) proposed new fire prevention guidelines are implemented in full.

The TRA believes the EA’s proposed stack height restrictions and minimum fire break widths are arbitrary and have not been subjected to a proper impact assessment. Should they be implemented, the costs associated with the substantially increased space required to accommodate waste will make regulated British tyre recycling businesses commercially unviable and force them to close.

The implications are clear, if implemented professional retailers who adhere to the standards required will lose business to unregulated or illegal operators. The EA regularly inspects regulated businesses but rarely visits the hundreds of companies who operate under exemptions.

Peter Taylor OBE, Secretary General of the TRA, said: “Businesses within the sector are threatened by companies who do not adhere to the regulations or do not meet the standards of best practice followed by our members. Under these proposals, there is quite simply not enough site space for processors and collectors to operate economically. Many will be forced to close and employees will lose their jobs, leaving illegal operators as the only option.”

The situation has become so serious that operations of members of the TRA are threatened and as a result the association is appealing to local MPs to help save jobs, lobby against the proposals and support conscientious operators.

EA proposals in various forms have been under consideration for the last four years and the TRA has repeatedly urged the EA to rethink their plans. Many recycling operations would be rendered unsustainable as site capacities would be drastically reduced if they were implemented in this form.

The TRA has maintained a positive relationship with the EA over the years and this is shown by the association’s involvement in the Responsible Recycler Scheme. The association wishes to continue close co-operation with the Environment Agency in order to meet objectives and serve the best interests of all involved, but these current proposals present a real and present danger to Britain’s recovery infrastructure.